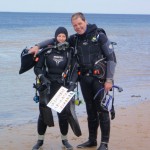 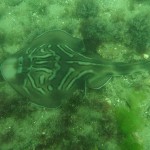 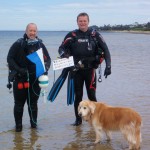 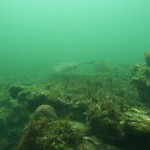 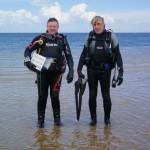 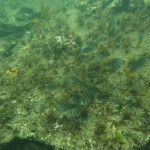 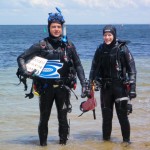 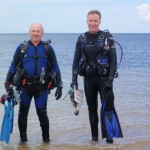 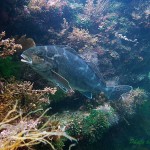 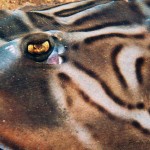 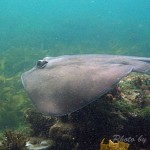 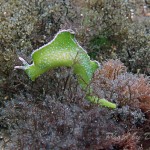 Today we participated in The Great Victorian Fish Count. We met at Ricketts Point at 9:00am (a bit earlier than usual) and joined forces with snorkelers from Marine Care Ricketts Point to document the species and quantities of fish that habitate in this marine reserve. From our results it appears that although there are quite a lot of species of fish in this area, i.e. Bastard Trumpeter, Horseshoe Leatherjacket, Six-spined Leatherjacket,
Victorian Scalyfin, Silver Sweep, Saddled Wrasse& Eastern Blue Groper, they are in very small numbers. There were small schools of Dusky Morwong & Zebra Fish, and much larger schools of Banded Morwong, Zebra Fish and Sea Sweep. This is a shallow dive site at the best of times, but, by swimming west to the outer wall, we were able to get 4.2m depth, and a nice long dive time. Plenty to see…also saw Flathead, Eastern Fiddler Ray, Nudibranchs & a Port Jackson. Thanks to everyone that volunteered their time to helping Reef Watch (Museum Victoria) gather this very important information about our Bay – A Great job, Well done!!