Unfortunately our bout dives were cancelled today & while most took advantage of the day off to do the lawns & other odd jobs around the house, some of us needed to get in the water to sort out our new equipment or just to play with the new GoPro dad had bought us. There was quite a crowd at Mornington today, I think divers took up the great majority of car spots.

I buddied up with Seb, who was trying out his new Santi dry suit, we did over one hour in the water & Seb was keen to keep diving so I assume he was enjoying the suit. Seb & I decided to swim through to the outside side of the pier & then swim clockwise around the pier to then exit. The aquatic life was amazing, plenty of schools of fish, mainly on the outside but also several on the inside as well. I always take special interest in the sea stars, & I’m very happy to report that there are very few Northern Pacific Sea Stars & an abundance of 11 Arm Sea Stars – it seems the home team are winning. Staying in the water just that little bit longer certainly paid off in Spades today, just as we were coming to the end of an one hour dive, we came across several large Smooth Back Rays, one was jammed up against a pylon & appeared to eating or something?? There was a huge school of Salmon in the shallows just we were getting ready to ascend.

Looking at the long range forecast, I think Flinders Jetty is the pick of shore dives this coming weekend. 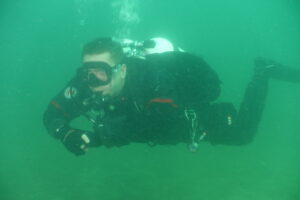 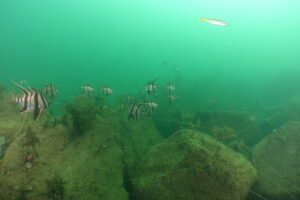 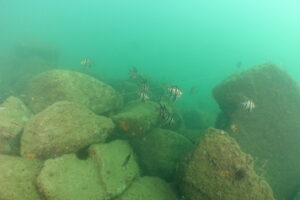 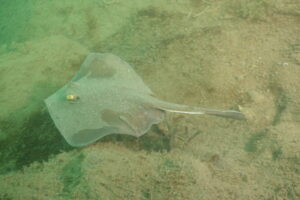 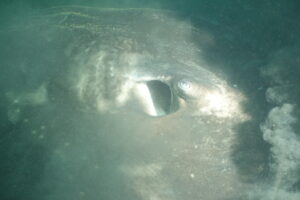 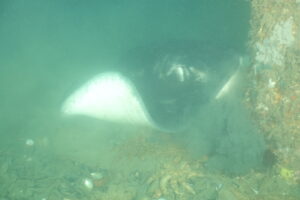 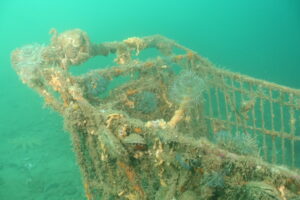 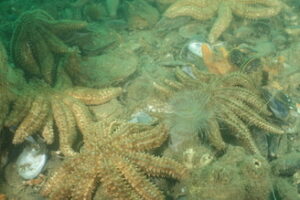 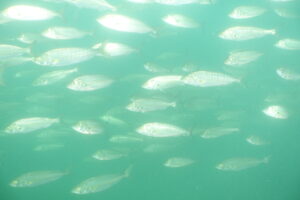