Divers: Roger, Tim, Leo, Gary, Youri, Ben, Justin, Joe & Mark
We were told, as we prepared for a dive on the wreck of a WW1 Turkish supply ship, that was torpedoed by the British submarine E11, that the viz would not be good, it was in fact at least 10-15m which we were very happy about. The depth was 14m and the water temperature was 19 degress.
Saros Diving, our hosts, are certainly the most professional dive shop in Canakkale, when most other dive operators were shut down over safety concerns & lack of required permits, Saros Diving, with all the required permits have continued to operate. Their staff are all local to Canakkale and take a lot of pride in there heritage. Their boat, although smaller than most others here, is fast and comfortable. 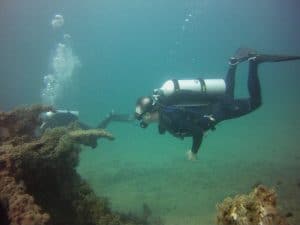 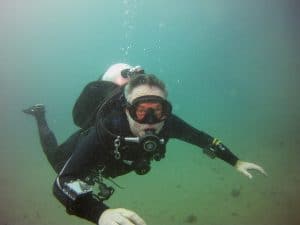