A glorious day to be alive! The forever vigilant Saturday Divers met down at Flinders Jetty, armed with their cameras to get even more photos of the Seadragons. They weren’t disappointed. The sun was shining, it was a balmy 16 degrees (out of the water) and a slightly cooler 12 degrees in the water. Water that can only be described as ‘tropically clear’(new term that I picked up in Fiji last week J.) The Seadragons were there in full force, everyone commenting on their numbers. Small Stingrays, Ornate Cowfish and Leatherjackets swam freely amongst the pylons that were abundantly covered in a mass of marine life and soft corals.
After the dive we regrouped at the Red Hill bakery to enjoy one of their gourmet pies and a hot choccy. Sea Dragon photo by Leo de Lange. 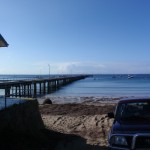 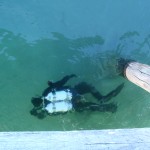 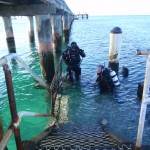 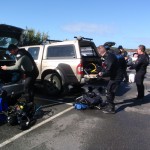 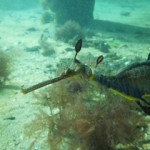