As Aquability divers & also MAAV members, we continued with our Photogrammetry Project, in support of Heritage Victoria. This months target was the Barbara, a site just west of Rye Pier. Fist off we had to remove the weed from the wreck, this took four divers two hours under water to achieve. Once this was complete, we sen the photographers back in to scan the site. Whilst this was being completed, another team wen to check some marks that MAAV Secretary, Peter (PT) Taylor had asked us to look at. These marks were a couple of hundred meters west of the boat channel. There are still a couple of wrecks missing around this area & just maybe this new site may be one of those – there is still quite a bit of home work to be done on this site to come to a more conclusive result. 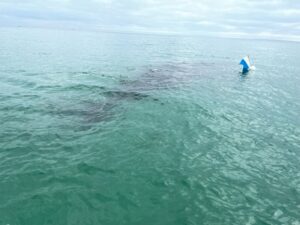 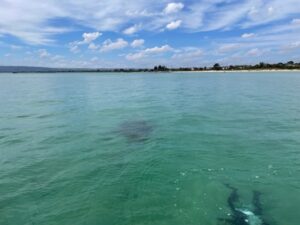 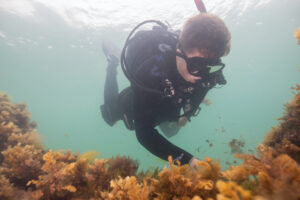 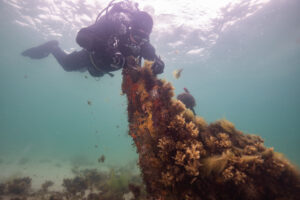 Ian finishing off the job. Photo by Marcia Reiderer

Ariel view of the Barbara. Photo by Marcia Reiderer