At 76metres of depth, the Alert has always been one of Melbournes best wreck dives, unlike the Graveyard wrecks, that although are all great dives, the Alert is not a scuttled ship. It has always been know for the fact that it has an amazing amount of artefacts for the diver to spend his dive admiring before you even think about the ship itself. Some of the most amazing bottles, plates, cutlery, glass lamp shades, the navigation lights and hundreds of pieces of the day to day bric a brac that is required to run a ship with its crew and passengers. So it was extremely disappointing to dive  today and see that some one has stolen every single artefact on the site. There is barely a bottle to be found. So now some one has all of this stuff stored in their garage rotting away, because you only show this stuff to some one else who thinks vandalism is acceptable. I doubt anyone with the intellect that makes them think this is an acceptable thing to do, will have the smarts to conserve the items, which once again has ruined another one of Australia’s best wreck dives. 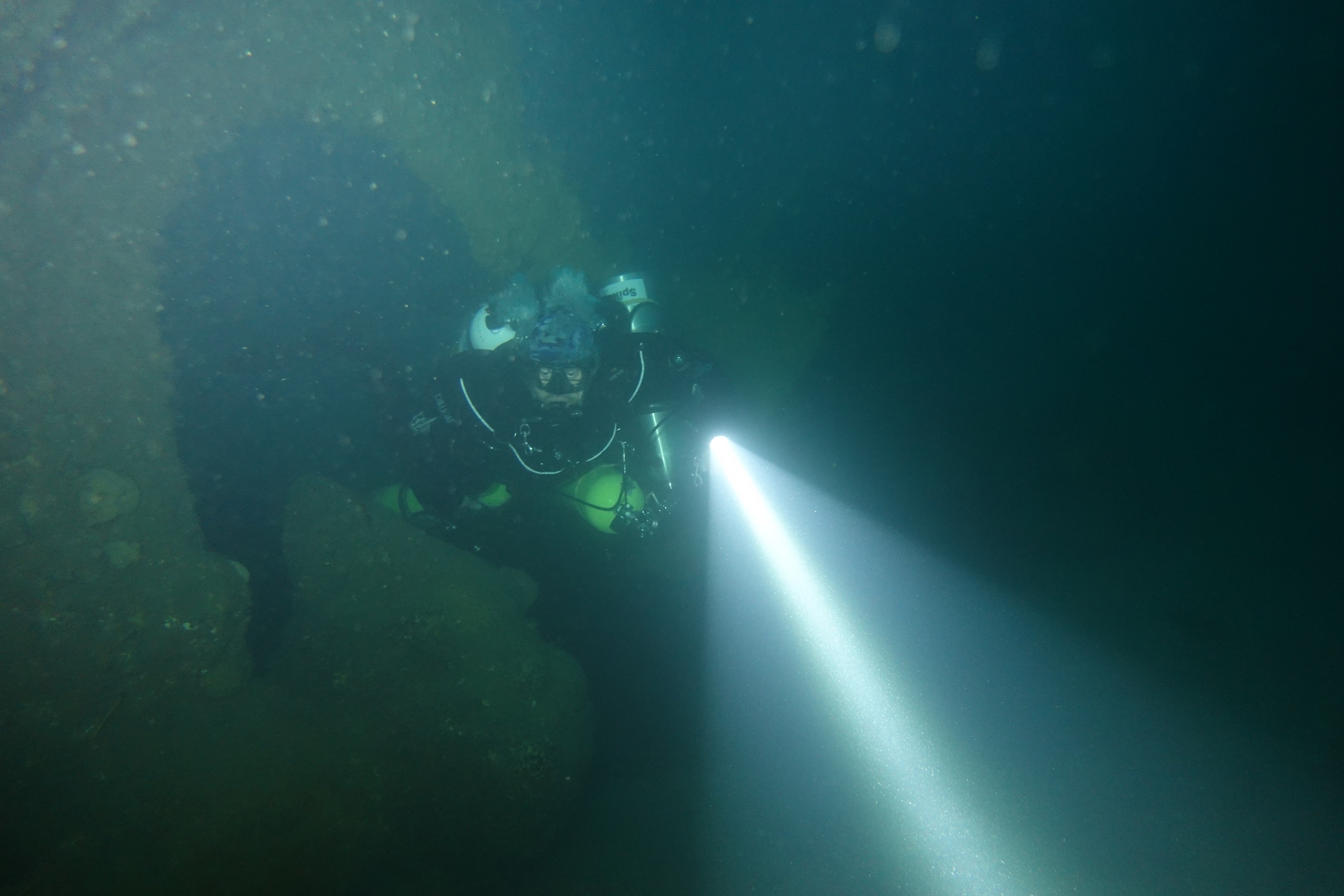 Spike swimming through the prop.